14 unique things to do in Rome

Rome abounds with history, art and architecture. Every turn brings you to the works of Bernini or Michelangelo, UNESCO heritage sites, and stories of Ancient Rome.

Fill your days with these, but also leave some time for shopping on the Via del Corso and wine-tasting in local Enotecas, then dine alfresco on local specialties, such as "Spaghetti alla Carbonara" or "Bucatini all’Amatriciana".

Even if you're not a Catholic, the Vatican City is a top destination in every guide book and itinerary, and should be experienced, not least for the splendor of its galleries and the Sistine Chapel.

The top things to do in Rome are, of course, the Colosseum, the Pantheon and the Roman Forum. These are awe-inspiring and immediately transport you back through centuries of Roman history, but Rome is much more than these obvious sights.

There are many more unique wonders and experiences to catch up with in the Eternal City. We've gathered together a few of them here in our travel tips.

Let's finish our unique things to do in Rome with something a little different. Take a stroll to the cat sanctuary at Largo Argentina. These ancient Roman ruins have been taken over by cats, and a sanctuary established to protect, neuter and feed them.

This sunken area is where Julius Caesar met his end and was home to three ancient temples. Remains of their pillars and columns are where the cats sun themselves during the heat of the day, and come out to play in the evening.

Visit late at night if you dare, as legend has it the ghosts of ancient Rome also frequent the area!

When you have finished exploring Rome, taking the air or shopping it will be time to dine. Rome typifies Italian cuisine, mixing pasta with the best of seafood, meats, and fresh country produce. Finish with delicious desserts and gelatos.

A little time spent researching, or talking to the locals, will point you in the direction of the best spots, favored by the Romans themselves.

Finish with a typical cold dessert, such as Grattachecca. This colored and shaved ice is flavored with a sweet syrup, or Sciroppo and often has liqueur added. Find it in restaurants or street kiosks.

If you want to go upmarket with your shopping, then the Via dei Corso is where you should start, followed by Via Cola di Rienzo, Via Condotti and Via Frattina. The Via dei Corso is an extremely straight street, that has followed the same lines, since before 200 B.C.

Around it are grouped narrow and meandering alleys full of luxury shops selling Italian high-end names, such as Gucci, Ferragamo, Prada and Bulgari.

Rome is full of markets selling the best and freshest of produce from the local countryside and seas. Look out for seasonal produce and fruit and put together delicious picnics to sustain you on your sightseeing explorations.

The Campo dei Fiori is probably the best known to tourists because of its central location. It is great for fruit and vegetables, while at the Campagna Amica Market, near the Circus Maximus, look out for local cheeses, oils and salamis. The Testaccio Market, to be found near the MACRO Museum, is the place to head for fresh meats, local sandwich delicacies and original gifts and souvenirs.

To pick up bric-a-brac and vintage clothing search out the markets at Via Sannio, Porta Portese and the Monti.

10. Walk up to Gianicolo Hill and listen out for the cannon

Ancient Rome was built on seven hills, but the Gianicolo (or Janiculum) Hill is an extra one outside the ancient walls that gives you the best views across the city. It is just west of the River Tiber, and within easy reach of the historic center.

A climb to the top rewards you with a peaceful oasis, as well as great views across the city and down on the Vatican and the streets of Trastevere.

The hill is dotted with monuments and busts of heroes from the Italian Risorgimento, the 19th century movement that saw the unification of modern Italy. At exactly noon every day the quiet is momentarily broken by this single shot of the cannon, a tradition that dates back to the 19th century and commemorates the battles of unification.

Try not to jump when the cannon is fired!

When you are ready for a breath of fresh air away from the crowded city of Rome, then head to the Appian Way, in the Appia Antica Regional Park, where parkland meets archaeology. Walk, or hire bicycles, and enjoy this ancient paved road, dotted with Roman ruins.

Sundays, or bank holidays are the best times to visit, as the area is closed to traffic and pedestrians and cyclists can enjoy the ancient route. As well as beautiful walks, you can find leaflets designed to lead the whole family on archaeological and nature trails.

8. Mail your postcards from Vatican City

While you are in the Vatican City, take the opportunity to write your postcards over a cup of coffee, and then pop into the Poste Vaticane to get your unique Vatican stamps and postmarks. This post office is Swiss run by the Palace Guards, and is reputed to be more reliable than the normal Italian postal service. Ask your friends and family to save the stamps for you.

Whether Catholic or not, most visitors to Rome want to get a glimpse of the Pope. The Pope's Angelus, or Sunday Address, gives you an opportunity to do so. Throughout most of the year the Pope appears from his window overlooking St. Peter's Square at noon on Sundays. For a ringside view you will need to be in the square early, or have brought your binoculars.

If you should miss it, it is always recorded on Radio Vatican, and can be found online.

Also to be found underground are the ancient Roman Catacombs. These are burial chambers which were in use from the early 2nd to the 5th centuries A.D. Eventually the remains were removed and re-interred within the city walls, and the catacombs were more or less forgotten until the 16th century.

Both contain very colorful and graphic depictions of the Massacre of the Innocents and the Crucifixion. The Jewish catacombs under the Villa Torlonia were accidentally rediscovered in the early 20th century, but are too unstable and full of toxic gases to allow public access.

The Capuchin Crypt, or Cripta dei Cappuccini, is an important and intriguing bone church, with six underground chapels adorned with human bones and skulls. These remains are arranged in macabre visions of intricate patterns, and even chandeliers. The skeletons of over 4,000 friars, brought from all over Europe, make up the displays.

The crypt is located under the church of Santa Maria della Concezione dei Cappuccini, not far from the Piazza Barberini on the Via Veneto. This visit is not for the faint-hearted or very young children.

4. Check out the Protestant Cemetery in Testaccio

Rome has always inspired writers, poets, artists and sculptors to visit and live. Many were non-Catholics, and if they died in the city couldn't be buried in the existing graveyards. The "Non-Catholic Cemetery for Foreigners at Testaccio" is the official name of the burial ground created for them in 1716. Prior to that time non-Catholic corpses were simply thrown into the Tiber River.

When members of the exiled British House of Stuart died, Pope Clement XI decreed that some land be set aside for their burials. The cemetery is just inside the Aurelian Walls, in the shadow of the Pyramid of Caius Cestius, and is a beautiful location of pine and cypress trees. Italian non-Catholics are also buried here, such as the co-founder of the Italian Communist Party, Antonio Gramsci.

Notable graves belong to John Keats, Percy Bysshe Shelley and the son of Goethe. Shelley drowned off the Italian coast in 1822, but had already declared that he wanted to be buried in this beautiful cemetery.

3. Get an amazing view of Rome through the Knights of Malta Keyhole 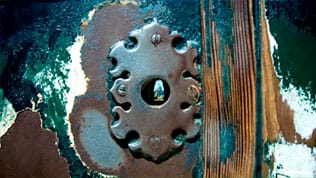 While you are in the mood for climbing Rome's slopes, head for the Avertine Hill, and the Piazza Knights of Malta. Although a little off the beaten track, it is worth searching out this destination. When you get there, look for the locked door that leads from a square into the gardens of the Knights of Malta.

Put your eye to the keyhole for an amazingly clear view of the Vatican and St. Peter's Dome. Is this a clever architectural feat or an intriguing quirk of fate?

2. Take the elevator up the National Monument of Victor Emmanuel II

The Victor Emmanuel II Monument, or Monumento Nazionale a Vittorio Emanuele II, dominates the Piazza Venezia. Construction started in 1885 on this dazzling white marble monument, designed by Giuseppe Sacconi in honor of the first king of a united Italy, Victor Emmanuel II. To clear the land for it, centuries of history were destroyed, with the north slope of the Capitoline Hill, and many ancient Roman ruins, as well as medieval churches, being destroyed to make space for it.

With its bright white colonnades and huge bronze statues, the monument is not considered to be one of Rome's prettiest sites, and is sometimes referred to as the "wedding cake". It is home to museums and the Tomb of the Unknown Soldier, unveiled in 1921, and guarded by troops from the Italian navy, air force and army.

1. Visit the Trevi Fountain past midnight or at the sunrise

The Trevi Fountain is one of the most iconic sights in Rome, and is always lively with the bustle of locals going about their business in its surrounding narrow streets and alleys, as well as tourists taking photographs. Go early in the morning, or at sunset, to get the best view of this beautiful attraction and its imposing statues.

Even if you've never been to Rome before you will recognize it from its appearance in the film, La Dolce Vita, when Anita Ekberg took a swim in the fountain's waters.

Recently restored to its baroque glory, this fountain is full of mythology and statuesque wild horses.

If you want to ensure your return to Rome, toss a coin into the fountain's waters. The mere fact that over EUR3000 a day is deposited here shows that belief in this potent legend is still alive and well.

Rome invites visitors to enjoy its attractions, climate and food all year round, and there is always something happening, from the marathon in March, Republic Day in June, to Rock in Roma during the summer, as well as a calendar of film and fashion festivals and shows.

To get the most out of your visit to Rome, try and avoid the hottest and busiest months of July and August. The Spring and Autumn seasons are the best time for comfortable strolling and exploring.

Whenever you visit though, don't forget to throw your coins into the Trevi Fountain before you leave. Then you are sure to return, and have chance to visit the unique attractions, and sample the dishes, you didn't have time to fit in on your first visit.